We woke up to rain, pouring rain, the morning of Sheehan and Shawn’s wedding day at the beautiful Kimberley Alpine Resort. The couple had an important choice to make that morning. Do they bank on the weather clearing and decide to get married up the chairlift with their 100 guests like originally planned or do they get married under the tent at the bottom of the hill? It was a tough call because it was really coming down out there as they started getting ready.

Danielle Marie was getting the girls ready with make-up and Brandy Penner was styling the ladies hair. The Romantiks created amazing florals for them from the incredible bouquets with dusty blue and blush tones to the hair piece Brandy placed in Sheehan’s hair. The details and thoughtful touches at this wedding were never ending!

The boys got some pampering as well! Cheryl Gourley joined Brandy Penner and was busy with the boys getting them trimmed to perfection as well!

Sheehan comes from Irish decent and Shawn comes from Portuguese decent. Their heritage is extremely important and influential to them so they decided to get tattoos together to honour their heritage. Sláinte and Saúde are both drinking toasts used in Ireland and Portugal. They love to get together with their friends and family for drinks and celebrate life so this was such a perfect tattoo to get together!

Shawn is a huge Marvel fan and had individualized gifts put together for all of his groomsmen along with his Father and Father in Law. Inside each custom made beer box made by The Knot Shop there was one of their favourite beers as well as a tie, each with a different Marvel character on the back of the tie which were made by a family friend. Shawn had a story that he shared with each of the men about why he felt they suited that character. It was so thoughtful and such a special moment for Shawn and the men that are closest to him.

Whiskey shots out of champagne glasses felt like the perfect thing to finish off getting ready!

Meanwhile, Sheehan was finishing up getting ready and was ready to get into her dress with the help of her Mom!

And so their adventure began! Everyone was relieved that the weather cleared up about an hour before their scheduled ceremony time. Just enough time to get everyone up the chairlift and ready for the ceremony that they did decide to have at the top of the mountain!

Moments before the ceremony I spotted Shawn playing with his pocket watch which I instantly knew I needed to photograph! What I didn’t realize then is that we were also documenting the real time of their ceremony. It was scheduled for 2pm and we ran a few minutes late (in true and proper wedding fashion) and I thought it was just the coolest photo! Well, and pocket watches are just so cool as well.

We had a small shoe mishap as one of the bridesmaids and groomsmen came down the aisle, but a guest sprang into immediate action and gave her her own flip flops! It had all of the guests laughing together.

Wedding Party Portraits on top of the Kimberley Ski Hill

Shawn and Sheehan both went to school in the States on lacrosse scholarships which meant they had friends traveling to come celebrate with them from far and wide. It was such a special reunion for them and they were so much fun to photograph!

The amazing team at Kimberley Alpine Resort approached us as we were only a few minutes into the portrait session with Shawn and Sheehan to let us know there was a storm approaching and that we should consider heading down the chairlift a bit earlier than planned. While it was a bummer to lose out on some portrait time, we all agreed it was the right call. Plus, they were both really excited to get to their cocktail hour because their friends have an amazing band, Daring Greatly, who was performing a set for them on their wedding day!

It was a good thing too because not long after we got off the chairlift it started to POUR again! So thank you Kimberley Alpine Resort, you saved our bacon!

We then moved into a delicious meal prepared by the Stemwinder along with some of the most heartfelt speeches I’ve ever witnessed. Sheehan did an amazing job at decorating the restaurant with beautiful greenery from The Romantiks as well as some beautiful dusty blue goblets, gold cutlery and a hand written place card for each seat.

Speeches went through golden hour but we managed to catch the last light before we got the dance party started!

This was an exception to what normally happens on a wedding day. I was invited to stay and party with everyone after the wedding so I stayed to have a couple of drinks. I mentioned to Sheehan at the end of the night that we hadn’t done a cake cutting – they were too busy having a blast! I offered I could do my best to capture it for them outside – we had already gone past last call so we weren’t able to be inside the Stemwinder anymore. I told her there were no promises with how they would turn out but I think they turned out pretty well!

You may or may not be able to tell this was after a few drinks.

Vendors that helped make this wedding day a reality:

Pretty! This has been an incredibly wonderful post. Thanks for sharing! 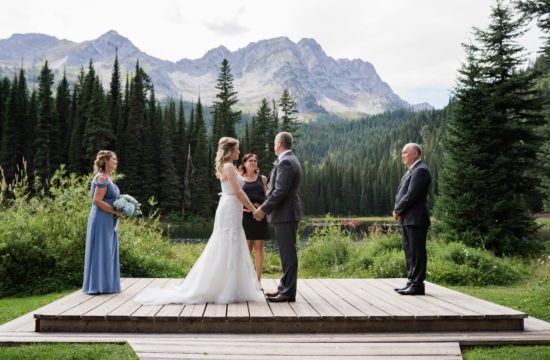 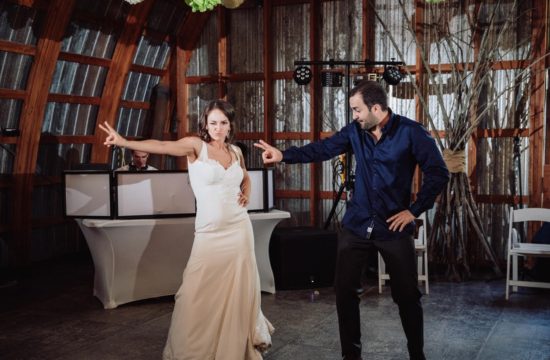 The Surprise First Dance at Our Wedding 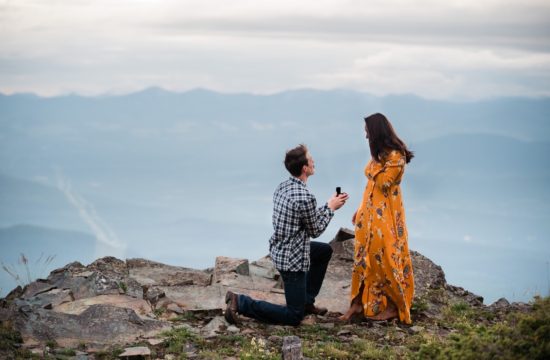 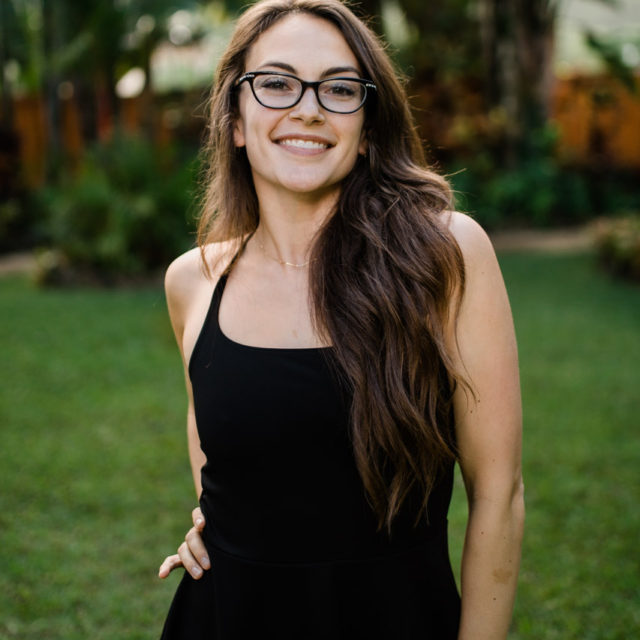 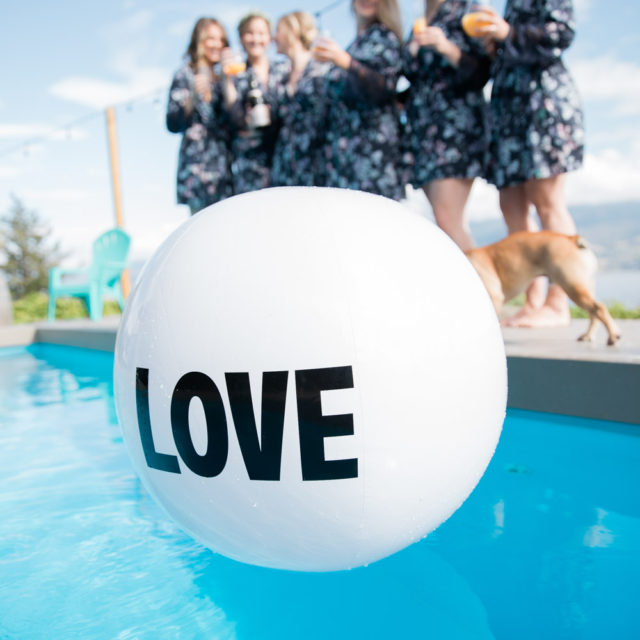 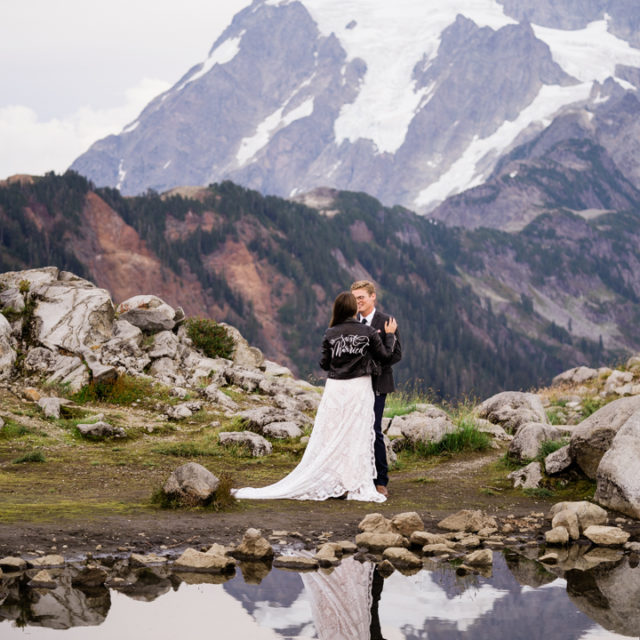